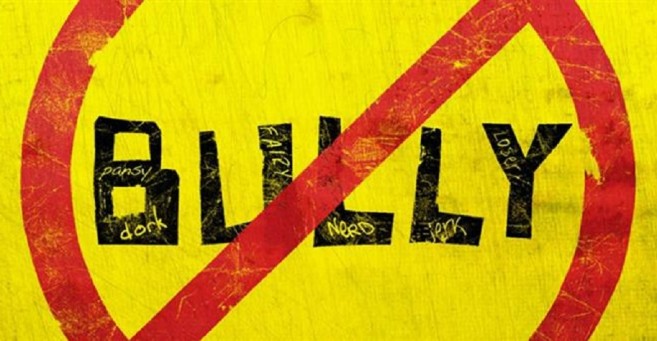 “Following 5 kids and families over the course of a school year, stories include 2 families who have lost children to suicide and a mother awaiting the fate of her 14-year-old daughter who has been incarcerated after bringing a gun on her school bus. With an intimate glimpse into homes , classrooms, cafeterias and principals’ offices, offering insight into the often cruel world of the lives of bullied children. As teachers, administrators, kids and parents struggle to find answers, the dire consequences of bullying through the testimony of strong and courageous youth is examined. Through the power of their stories, the film aims to be a catalyst for change in the way we deal with bullying as parents, teachers, children and society as a whole.”

Originally with a Rated R rating, then slated to be released unrated, Bully ended up releasing as PG-13. Having just, and I mean just, witnessed a bullying episode as I walked my son home from school, I decided to make watching this movie a priority.

I brought my 15-year-old  and 10-year-old sons because I wanted to teach them empathy through this inside look at the bullied child’s life. Of course I don’t want my own children to be bullied, nor do I want them to be bullies themselves, but more than that, I wanted to show them that keeping silent about something so wrong is wrong in itself.

Yes, it was a disturbing movie. It was meant to be. The subject matter was appropriate for my children, though some of the curses flying out of some of the children’s mouths made me cringe. I’m pretty sure my youngest might have learned a few new words. He’s mature enough to understand the difference between hearing a curse and saying one. Still, I’d rather not have been the one to introduce the new vernacular to him.

In retrospect, I’d have held off watching this with him until middle-school because of the language which also included the P**** word and a few other gems. Vocabulary aside, the message of the movie was strong and the documentary was well-done and powerful. I was astonished at how we parents, (and more shockingly school staff and administrators), so often take a ‘kids will be kids’ attitude and leave things for children to work out themselves. The parents and teachers were absolutely clueless in this case and the child being bullied not only could have been seriously hurt or killed by the bullies, but could have become frustrated or discouraged enough to either take matters into his own hands (Columbine-style), or ended his own life.

The issue of homosexuality and bullying was more lightly woven in, which provided another parent teaching moment. There were a lot of those.

I highly recommend parents, teachers and children, (middle-school and older), view this film. It was painful to watch, but far less painful than what so many kids in our schools are having to endure daily.