“I tell you the truth,” Jesus said, “this poor widow has given more than all the rest of them.” Luke 21:3 NLT

They eagerly awaited my instructions. 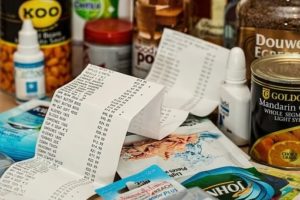 Among the projects my middle-school computer class must complete each year is a household budget. The task accomplishes two things: it hones their skills in Microsoft Excel, and it gives them a life lesson.

In addition to the normal bills all people have, they had to purchase and finance a car, procure and finance furniture, calculate and deduct their payroll taxes, determine their property taxes, shop for groceries, and resolve how much they would spend on entertainment and clothes. All of this on an assigned salary.

And in the mix was another little item they had to grapple with: charity, and whether they would budget any for this line item. Most, if not all of them, attended church, so I knew they were familiar with giving and tithing.

As they saw how much it would cost them to live monthly—and as they calculated how they would live on that amount—more than one asked, “Do we have to give to charity?” I told them they didn’t, but thankfully, most of them decided to give something. Some more. Some less. 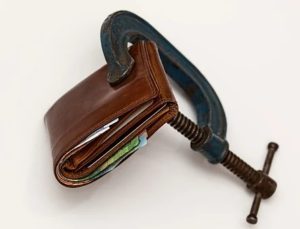 Jesus once sat in the Temple and watched people drop their donations into the Temple collection box. The wealthy threw in their pittances—amounts they didn’t miss. But then a poor widow dropped in two small coins. Widows lived on the edge of poverty, and these two small coins represented all she had to live on. She gave anyway. Jesus said she had given more than all the others.

Life often comes at us full force. Some bills we can control; others we cannot. We can’t determine diseases, accidents, natural disasters, or repair costs. We can control our purchases of unnecessary items, such as the play toys we often pay dearly for.

So, where does our charitable giving fall in the mix? We must answer the same question some of my middle schoolers asked.

When I was their age, I often heard my parents, grandparents, and Sunday School teachers say a person could not outgive God. That’s true. At the same time, God won’t force us to give anything. I’ve also discovered that when I neglect to give to God—or when I don’t give a proportionate amount of my income—He has a way of getting it anyway. Unfortunately, a few of my students chose to spend more on entertainment and clothing than they did on charity. 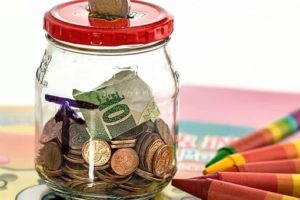 Everything we have comes from God. He gives us the health to earn an income so we can pay life’s costs and have other things to enjoy beyond the necessities. But He wants us to acknowledge the origination of our resources and our love for Him by giving back a portion to Him, whether it’s a tithe or some other percentage or amount we’ve determined. If this entails rearranging our priorities or doing without some of our play toys or other forms of entertainment, then so be it.

When we make room for God in our budget, He has a way of making all things new.