I remember the day I realized I married a mover.

I’m not talking about a guy who drives a big truck and makes his money relocating other people. Corey wanted to move me. Every two or three years.

“It will be a great financial investment,” he said. “Plus you’ll get to live in a brand new house every few years.”

“Are you on drugs?” is what I wanted to say, but what came out was more like, “Can we explore our options before we decide on that game plan?” 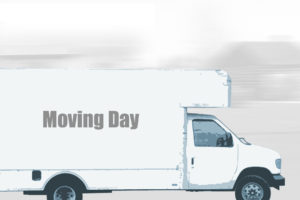 I appreciated Corey’s goal. I understood that as a construction engineer, he could probably build a home economically, and we could make some money from its sale. But I was pretty sure he had grossly miscalculated the actual work of moving.  And what about putting down roots and turning a house into our home?

I lived in the same house from birth to age 18. To me, home had a specific non-changing address.

I wanted to settle into a cute little bungalow where we’d mark our kids’ ever-changing heights in Sharpie on the trim of a doorway and spend summer evenings relaxing on a front porch swing.

But that was not to be. 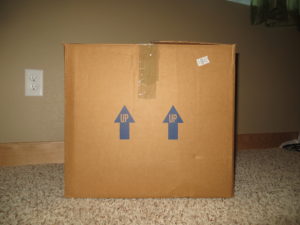 little house. As I bubble-wrapped dishes and mourned the loss of our plum trees, I had to remind myself that it wasn’t the end of the world.

I survived that first move, and I quickly grew to love the new home Corey built, secretly (or maybe not so secretly) hoping he would not make me move again.

I loved the location. I loved that our sons played kickball with their friends in the cul-de-sac. And I loved that they brought home frogs from the neighbor’s creek. I allowed myself to become emotionally attached to our second home.

As the two year mark approached and the for sale sign went up in the yard, I started having what I can only assume were mild panic attacks. Waking numerous times in the night with my heart racing and my head spinning. I didn’t want to sell that house. I didn’t want to pack. And I didn’t want someone else’s kids to play kickball on my cul-de-sac.

I tried to manipulate persuade Corey at least a dozen times to stay in that house. And he always listened, but he didn’t change his mind.

“But Kim, you do realize that we’ll move into another nice house. Probably just down the street. And remember this is an investment.”

But I did get sick of gritting my teeth and begrudgingly going along with the plan. I realized I needed to make a choice. I could continue live in a state of discontent, or I could get on board with my husband and attempt to enjoy the ride.

Several moves later, I can honestly say I do.

When I started actively looking for the positives, I was pleasantly surprised by the evolution of my feelings. What started as a choice to love Corey by changing my attitude, ended with a complete change in my perspective. 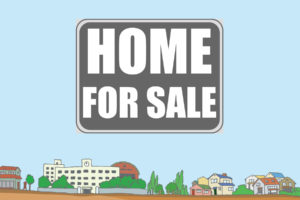 I began to look at myself as a partner in Corey’s home building endeavors. He has the perfect skillset to go with his goals, but he doesn’t have the time to do the mundane parts of the process. The constant cleaning to prepare for realtor showings, the packing, the unpacking and the reorganizing are all things I had time to do as a stay-at-home mom. And when I consider the profits made, my efforts have earned a decent wage.

I have also learned the art of letting go; something I’m sure my children will appreciate someday when I’m gone, and they are tasked with getting rid of my stuff. I am 100 percent certain that I have zero percent risk of becoming a hoarder. Once you’ve moved a few times, you think about your possessions differently. Is it heavy and awkward or sitting in a corner gathering dust? Then it’s gone.

And I have surprisingly found an adventurous spirit within me. Where will we live next? How long will it take to sell our house? Will we have to squeeze into a tiny apartment for a few months again?

People frequently tell me we are crazy. I laugh and shrug it off, but I was right there with them a few years ago. Moving was not my dream, in fact, it found its way into my nightmares.

But through this process I have received something infinitely more valuable than an unchanging house number or the proceeds we receive after a sale. I have learned what is really important, and it’s not the four walls that surround me. It’s the family with whom I share them.