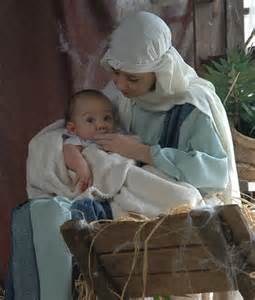 Mary. The mother of Jesus. Blessed among women. Chosen by God.

Many a time I’ve tried. I really have. But I just cannot imagine what it was like to be a teenage virgin engaged to be married, and be told you would soon become pregnant. But your intended would not be the father of your child.

To be told by an angel, of all things. That right there would be scary enough.

Nonetheless, Mary had found favor. She was the one chosen to give birth to the long awaited, much prayed for Messiah. Savior. Deliver. She was blessed above all others.

Mary. A peasant girl from the village of Nazareth. A descendent of the House of David. She was honored above all women who ever were, and who ever would be. Her son’s kingdom would never end.

How can you be the mother of the child of God? It’s difficult enough being the mother of a regular, everyday, garden variety child. But to raise the son of the One True Creator God? Like I said, I just cannot imagine it.

I can’t truly understand the flood of emotions that must have coursed through Mary’s every waking, and probably sleeping, moment.

Me? The vessel chosen to deliver the Messiah to the world? I believe that in God’s omnipotent, omniscient love and grace, he shielded Mary from the shadow of the cross for as long as he could.

Beyond the awesomeness of being chosen to carry Immanuel in her womb, must have been the pain of telling Joseph she was expecting. Would he believe her? Would he really believe her?

Fortunately, God took care of that when he sent an angel to inform Joseph of his part in God’s redemptive plan.

Then, of course, there were the neighbors. Tsk. Tsk. Tsk. Did the gossip sting Mary’s heart?

God took care of that problem, too. When Elizabeth, Mary’s cousin, heard Mary’s voice, her unborn baby leaped inside her womb. Filled with the Holy Spirit, Elizabeth told Mary God had blessed Mary more than any other woman because she believed what the Lord said to her would really happen. That declaration reaffirmed who Mary was despite what the local gossips thought.

There were the angels. The shepherds. The wise men. Anna and Simeon in the temple.

Each one a witness to the great thing the LORD God Almighty had done, and would do, through his Son.

God continues to use his people to accomplish his plans today.

We won’t give birth to the Messiah, but like Mary, we carry Christ inside us through the power of the Holy Spirit.

So my question to each of us is this. How are we doing in that area?

Mary responded, “Oh, how my soul praises the Lord. How my spirit rejoices in God my Savior! For he took notice of his lowly servant girl, and from now on all generations will call me blessed. For the Mighty One is holy, and he has done great things for me. He shows mercy from generation to generation to all who fear him.” Luke 1:46-50 (TLB)