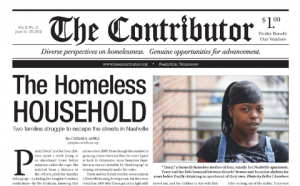 A street newspaper that focuses on life on the streets.