In fact, this particular Sunday in May brought heartache for years—not because I’d suffered the loss of my own mother but because I hadn’t become one. 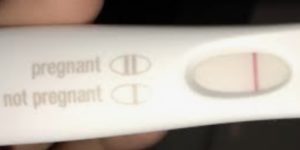 My greatest desire for as long as I can remember was to be a mom. From an early age, playing with dolls—feeding and diapering them, rocking and putting them to bed—was my favorite pastime.

So when a doctor with a deadpan stare stated, “You’ll never have children,” before turning to leave that sterile space, tainted only by the shards of my shattered dreams, I believed my womb to be as lifeless as his expression.

And I believed the lie, You’re not enough, and I sometimes shook my fists at heaven while sitting in the ash heap of despair.

Imagine my surprise when I was asked one Mother’s Day, more than three decades ago now, to offer the prayer during praise and worship at church. The irony wasn’t lost on me, but the pastor who’d asked was earnest. Thus, I agreed, though I wondered what I had to offer.

Let’s just say, I quickly prayed about what to pray about, asking God to give me the words that would best express His heart to the hearers that celebratory morning. And I knew it was best that my eyes would be closed, what with all the fancy garments adorned with corsages given by chubby-fisted children, purchased by daddies who also honored the women in the room.

I won’t have to look, I told myself. I’ll pray, say ‘Amen,’ and that will be that. Somehow, I’d will myself to get through.

The moment arrived. Holy Spirit, speak through me, I whispered, hoping, too, He’d help me keep my composure. 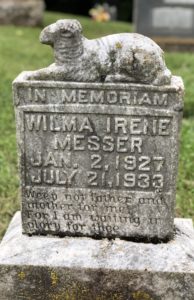 In the one minute I was allotted, my prayer was a surprise, even to me. As God filled my mouth, what spilled out in those sixty seconds was more than a mere blessing for moms. Something else flowed forth, as I asked God to be near the brokenhearted. To be near those who’d suffered the loss of their moms. Those moms who’d suffered the loss of children. Those women who, despite deep longing, had lost hope of becoming moms. I prayed,

Mother’s Day, with all its beauty, is a reminder of brokenness to a lot of women, probably quite a few even in this sanctuary. Please be with each one, whatever this day means to her. Remind her that You bring beauty instead of ashes.

I’m not sure I even knew those words–beauty instead of ashes–were in the Bible, but I soon learned. Isaiah 61 became an anchor passage as I swam the often-turbulent waters of infertility—including treatments, surgeries, and years of waiting.

Over time, as I claimed truth from God’s Word, the lie, You’re not enough, was quelled and, eventually, was replaced with–

I’m blessed in my barrenness because God’s got a purpose for the pain.

Though years passed and my arms remained empty, joy superseded sorrow, and beauty came from those splintered places as God answered my Mother’s Day prayer, bending to heal this broken heart. 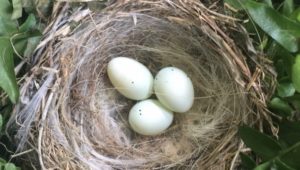 Today, we have three beautiful adopted children, though we’ve lost two daughters through failed adoptions as well—one after being part of our family for more than a year. Still, through that dark season of sorrow, God’s Word remained alive within me—enabling me to forgive the one who’d deceived us by leading us to believe this little girl was ours. God taught me there’s freedom in forgiving, and doing so made all the difference, helping me live abundantly, even while yet heartbroken.

Now, Mother’s Day is a delight, though my soul still hurts a bit—thinking of all those who suffer on what’s expected to be a celebratory occasion. But in sadness, one can pray—interceding for those who mourn, asking God to show Himself faithful to His promise–

“To comfort all who mourn, and provide for those who grieve in Zion—to bestow on them a crown of beauty instead of ashes, the oil of joy instead of mourning, and a garment of praise instead of a spirit of despair” (Isaiah 61:2b-3 NIV).

A happy, healing, holy Mother’s Day. I hope, no matter where the broken places remain for each of us, men included, God will remind us that He’s come to give life and give it abundantly.

May that be our prayer of thanksgiving, today and always.

Maureen Miller lives and loves on Selah Farm—a hobby homestead nestled in the beautiful mountains of western North Carolina. With Bill, her husband of 32 years, and their three "born-in-their-hearts" children and three grandchildren, they raise a variety of animals. Maureen loves books, movies, and music that make her cry. She asks daily to have eyes and ears wide open that she might experience the wonders of God's Word and His created world and blogs regularly about His extraordinary character discovered in the ordinary of life at www.penningpansies.com. Taking Spirit-breathed ideas and framing them with words is her passion. Living Jesus is her highest aim.