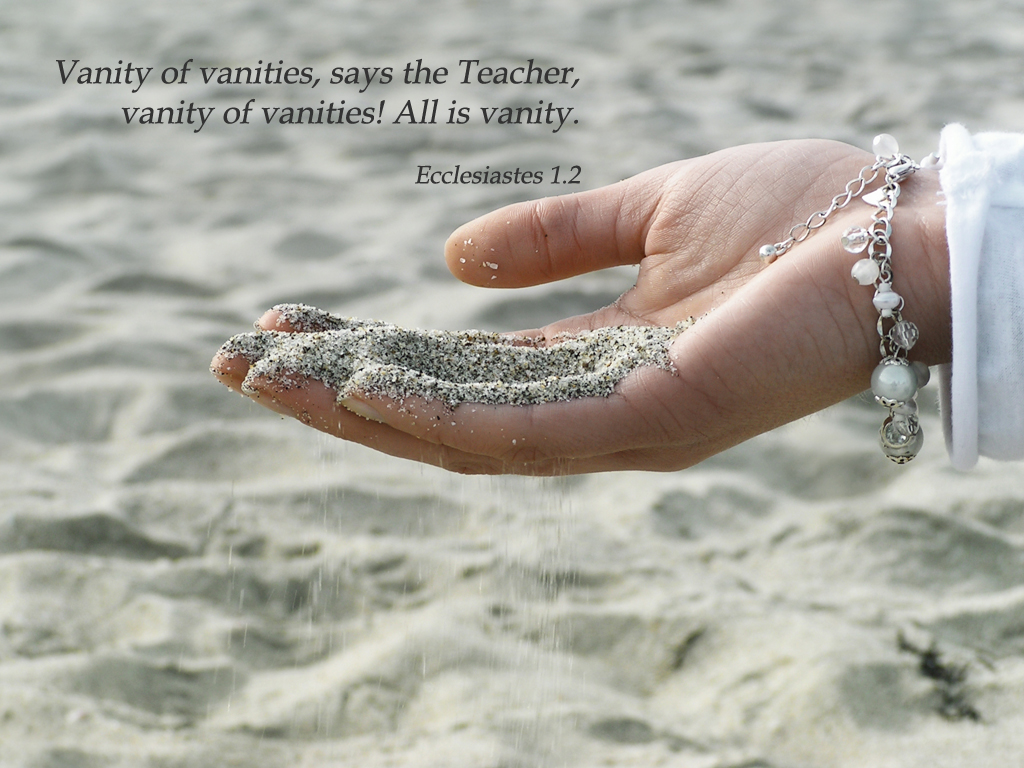 If you’re like me, you’re approaching the 4th of July with something of a sense of loss. Clearly, America isn’t the same nation founded over 200 years ago. We’ve not heeded the warnings of our founding fathers and allowed our federal government to grow too large, plunged into massive national debt, and levied excessive taxes on our population. Morally, we appear to be in a tailspin with no hope of recovery. School shootings, abortion, pornography. This list is longer than I have room for on this blog. Some of us long for the “good old days” of prosperity, when America was strong, assembly lines hummed, and we didn’t worry about letting our kids watch TV after eight o’ clock.

While these things and more were flipping through my mind, I happened to be listening to an audio book recording of The Bible Jesus Readby Phillip Yancey. I got to the section on Eclesiastes. I know. Inspirational stuff, huh? But Yancey makes some excellent observations about the least loved book of the bible. The ongoing sense of hopelessness found in this book was written during a time of great prosperity in Israel, probably under the rule of Solomon. Yancey compares Eclesiastes with the rise in existenstialism or, as I call it, the study of despair. Both Eclesiastes and existensialists question man’s place in the universe. Both seem to come to the conclusion that all is meaningless. We’re just drifting between a spec of time in an infinite void.

However, the similarities end there. The writer of Eclesiastes, unlike the existensialist, comes to the conclusion that only our faith in God adds meaning to our existence. Nothing we do in this life is of great consequence, except the hope and trust we put in our God.

What does this have to do with America’s independence?

Much. Remember, the existensialist movement came about during a time of America’s greatest prosperity. Books on the subject weren’t written by the downtrodden, the hungry, or the oppressed. They were written in Paris and Beverly Hills by well-off men and women who no doubt spent more on their lunches than most people in the world spend on a lifetime supply of shoes.

When America declared independence, the outlook for our new nation was gloomy. We still had the small matter of convincing the British of our new freedom. After that, we had to gain the cooperation of 13 separate colonies who considered themselves as independent as separate nations. We had war debt. We had an unstable economy. We were surrounded by other enemies besides the British. It was bleak.

It is no coincidence that the decline in the American economy coincides with a decline in Christian values. John Adams went so far as to say that our republic could not stand without the ethics maintained within the Christian culture. Other great minds of his day agreed. Even those who were not overtly Christian themselves. It is also no coincidence that the shift toward violence, lawlessness, and a culture of sex coincided with a time of our nation’s greatest prosperity. Today, we’re witnessing the results of a nation that held tight to wealth and power, forgetting the God who gave us that wealth and power.

I apologize if my message is a bit dark for the 4th. But I tell you all this so that I can offer the hope found throughout scripture. A nation in distress is a nation that turns to God for its help. When Americans find that they cannot depend on men and women to lead them and hand them prosperity, they will turn back to God. It is up to us, those standing fast against the tide of self-sufficiency, to be prepared to lead our neighbors back to a relationship with God.

To me this is good news. The decline of our nation will usher in a new age of faith. I would rather live in a poor nation of Godly men and women than a prosperous nation of people more concerned with the size of their TV than with the health of their neighbor. I do yearn for the country that our founders knew. One that has nothing but the spirit of its citizenry and an undying faith in their Creator. For that, I will hope. For that, I will celebrate.