God will use whatever is at hand to instruct us.

Last month, I mentioned I’ve been spending an inordinate amount of time detailing spreadsheets. So, I should have expected that my next lesson would come through a spreadsheet.

It was another Friday evening, and we were in the final crunch of a major event. I had scheduled nearly a dozen email reminders to various groups of presenters and participants, uploading spreadsheets to merge event details and email addresses.

I was almost through the stack of emails and spreadsheets when I noticed an error in one of the messages. No problem. I made a quick correction and re-scheduled the message. Only then did I realize that my edit had also cleared my email delivery options. Rather than receiving a friendly reminder on Monday at 7:00 a.m., a full list of our invited presenters had just received an “I’m looking forward to your presentation later today!” message on the wrong day. 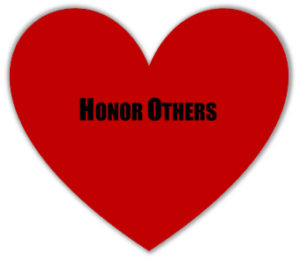 As far as errors go, it certainly wasn’t catastrophic. I sent an apology email, rescheduled the message appropriately, and responded to the few panicked individuals to assure them that, no, they had not missed their presentation. It was, in fact, on Monday, despite the email they had received.

“It’s to keep me humble,” I quipped to a friend later. Because while sending an email on the wrong day is not exactly earth-shattering, it was a definite jolt when I had been pouring hours of effort into making perfect every detail of this event.

“And worse, of all the emails I had scheduled, the one I made the mistake on was the one that went to our eighty-three distinguished guests and invited lecturers. Of course!”

My friend commiserated. Perhaps you can also relate. It may not have been a spreadsheet error, but maybe you have also worked hard to make something perfect only to mess up in front of the audience you most wanted to impress.

Well, if the first lesson of the spreadsheet was to keep me humble (nobody is perfect, and that includes me), this second lesson went a little deeper. As I reflected on what I had shared with my friend, I began to wonder why it was particularly troublesome that it was with this list I had made the error. It didn’t inconvenience them any more than it would have inconvenienced any of my other contacts, and yet I wanted everything to go smoothly for them even more than for everyone else.

I was subconsciously placing a value on the various groups I was emailing. Mostly because I wanted them to think highly of me.

This realization was convicting. 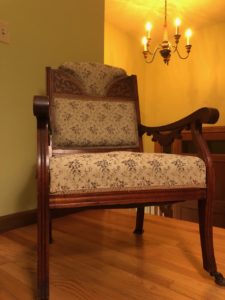 As leaders, we are in a unique position to recognize and respect every individual we meet. There may indeed be contexts that require differentiation in recognition. When we go to a concert, we want to see the singer up on stage, not hidden in the crowd. The most popular speakers should have the largest room and the biggest stage so everyone in attendance can see and hear. Jesus himself did not condemn the social norms of having places of honor at banquets, but he did warn that we should not grasp for ourselves those seats of honor. Jesus also told the host not to fill the banquet only with friends and people of prominence (Luke 14:7-14).

I’m pretty sure that means that I, as the event leader, had better check my guest lists.

As leaders, we need to keep ourselves humble, or the circumstances around us will do it for us. We also need to carefully distinguish in our own hearts the respect due to positions of honor and the respect due to every individual.

Positions may be differentially recognized; people should not.

It’s easy to place value on certain groups, even subconsciously, based on how much we want them to like or approve of us. Sometimes we need reminders that God places value on each one of us, not because of position or performance but because He created us. We should look for opportunities to call out and recognize that true value in others.

Janet Beagle, Ph.D. serves as director of graduate programs for Purdue University’s College of Engineering and is a writer, a Bible study teacher, and a student of God’s word. In her spare time, she likes to eat other people’s cooking and hike with her two- and four-footed friends. Read more of Janet’s Christian reflections at www.mustardpatch.org