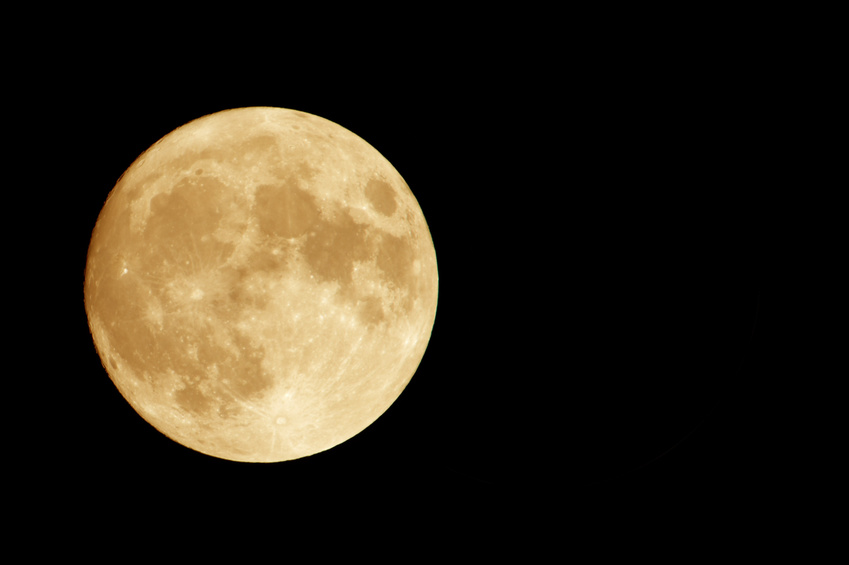 Ephesians 3:20-21 ~ Now to him who is able to do immeasurably more than all we ask or imagine, according to his power that is at work within us, to him be glory in the church and in Christ Jesus throughout all generations, for ever and ever! Amen. (NIV)

On a cool, clear night several months ago, I sat on the back steps with our three-year-old son. As we stared at the sky, we talked about how big the moon was and how bright the stars were. Well, I talked. He jabbered in that special just-turned-three language that is part English – part who knows what.

After a few minutes of hearing the same phrase repeated, I finally realized that he was asking me to go get a ladder.

Me: What do you need a ladder for?

James: To go to the moon.

Me: Honey, the moon is too far away. We can’t reach it with a ladder.

James: Yes, you can.

He had complete faith. He saw a bright, shiny object floating in the sky. And there was not a doubt in his mind that if I put a little effort into it, I could take him to the moon. I think he assumed I would be able to grant this request in the same easy way I provide milk and chicken nuggets.

Pizza – sure. Moonwalk? No problem!

Our conversation lasted several minutes, and I don’t think I ever convinced him that no one had built a ladder long enough to reach the moon. Not to mention issues of oxygen and atmosphere and freezing temperatures and gravity. And yes, I mentioned all of them in my effort to convince him that I wasn’t trying to be difficult, but I couldn’t produce a ladder and take him to the moon.

I’ve been thinking about this as I’ve been praying for God to grant me what I desire or give me something better.

I know – intellectually – that He is God. Omnipresent, Omniscient, All-Powerful. He is God. He can do anything. 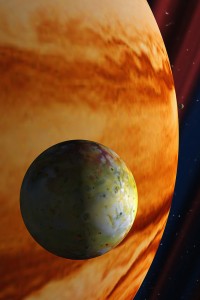 But do I believe it enough to ask? And not only to ask, but to ask knowing that it’s not too hard for Him. That He not only can but will answer that prayer? He will either give me what I’m asking for, or give me something far better.

I’m trying to pray believing and asking God to help my unbelief.

Because when I ask for the moon, He doesn’t say, “Honey, the moon is too far away.”

He says, “Honey, have you thought about Jupiter?”

Father~Give us the faith to dream big dreams and rest in knowing that Your best is far beyond anything we can imagine.