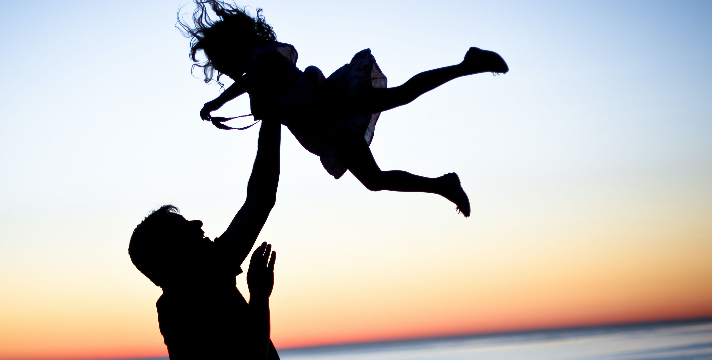 “I love you.” His voice reassured as he tenderly kissed my forehead. Hopeful imagination of my biological father. And a time he was absent in my life. An abandoned child dreams of a father who never leaves.

Since I was a young child when he left, and the passing of time, it caused memories to escape. So I forgot what he was like.

My mother’s hands were full with me and my twin sister. So, she scooped everything up—including us—and moved from Texas to her hometown in Virginia.

Soon we were fortunate to have a wonderful stepfather come into our lives. A man who, along with my mother, cared for and loved us as if we were his own daughters. To this day, I’m grateful for him. Then, I hoped for a stepfather who never leaves.

But line seven of my birth certificate held a name.

This document was filed and proved my existence as it noted birth and the names of my mother and father. There were no blank spaces.

Yet, my life held a blank space and my heart an empty place. The space meant for a biological father.

To Know a Father Who Leaves

I wanted to know him. After all, I was his child.

Would I be a daddy’s girl? I wondered if I could sit in his lap or if he wore cologne. Maybe he would hoist me to his shoulders so I had a better view of animals at the zoo. What kind of television shows did he like? Would he watch cartoons with me? All things I wondered about him and wanted to experience in a personal relationship with him.

I had a loving stepfather, yet my heart whispered, A real father stays, he never leaves.

This man—on line seven of my birth certificate—came back into my life when I was in elementary school, along about fourth grade. My father gained visitation rights every other weekend with me and my sister.

So he became known to me. My dad liked westerns and Johnny Cash. He cracked open pecans and salted before eating. Fried bologna and onion sandwiches were a favorite. And he played the piano and harmonica.

Often, he turned the lights out and told ghost stories. He was a welder and a mechanic. Still further, he was handsome—women sometimes swooned when he entered the room. Also, he took us on adventures like fishing and roller-skating.

A Child of the Heavenly Father

One thing he didn’t do with us—take us to church. My father did not believe in God. A self-proclaimed atheist, he’d say, “People think there’s a God, but there’s not.”

I learned truths about God’s existence from my mother and stepfather, friends in school, and the small church we attended.

At sixteen, about the time I began addressing my biological father as “Dad,” I heard the gospel message at a church service. Jesus Christ was sent by His Father, dying on a cross for me, loving me completely. The love I craved as a child.

I became a daughter of the Most High God. A child of the Heavenly Father. No longer a spiritual orphan—a Daddy’s girl.

“How great is the love the Father has lavished on us that we should be called children of God!” (1 John 3:1 NIV).

When I came to Christ, I began praying for my dad to believe in God.

It wasn’t Father’s Day, but what a wonder father’s day it was! Party balloons and family lined the walls of the nursing home’s activity room. My dad’s mother was celebrating a birthday.

During the festivities, my dad approached me teary-eyed. “Did you hear the news? I became a Christian.” What I hoped for came true. I was thirty-two. A sixteen-year prayer answered. Now my father was a child of the heavenly Father, too.

In 2010, five days before Christmas, my father passed away. The man listed on line seven of my birth certificate was in the presence of my Heavenly Father and his Heavenly Father. His spiritual birth and name on file, documented in the Lamb’s Book of Life.

Maybe earthly fathers abandon us physically or emotionally. Perhaps we may never know our father because he left our world or this world.

A variety of fulfilling relationships occur with fathers, stepfathers, adopted fathers, or father-figures. Real blessings. But regardless of our earthly father and child experience, God, the Father cannot be compared.

God is infinitely better qualified to occupy our blank spaces and empty places with His love and presence.

The Bureau of Vital Statistics, Heaven’s Department of Life, has listed the Father’s name first, directly following our name when our certificate of live spiritual birth has been filed.

“I love you.” Calvary’s cross reassures as God tenderly kisses our forehead.

A Father who never leaves.

This post first appeared on Hope is Among Us.

Read How My Father’s Strong When I am Weak.