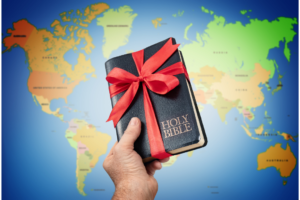 I cut my teeth on stories about Lottie Moon and Annie Armstrong. They were heroes of the Southern Baptist missionary world. My fifth-grade Sunday school teacher was a missionary in Nigeria for thirty years. Missionary work was romanticized for me as a kid, and it’s no surprise that I couldn’t wait to go on the mission field.

So, when I was eighteen years old, I joined a summer mission trip to China that was sponsored by the International Mission Board. Looking back twenty years later, I don’t know what I was thinking. I had never flown, didn’t know anyone on my team, and knew little about the Chinese language and culture. But, I knew God was prompting my heart and opening doors, so I went.

We were split into two teams and sent into the remote villages surrounding the larger city we flew into. We had several jobs that summer: collect water samples, teach farmers how to tier farm, prayer walk, and share the gospel. To this wide-eyed, adventurous eighteen-year-old, everything was new and fascinating. 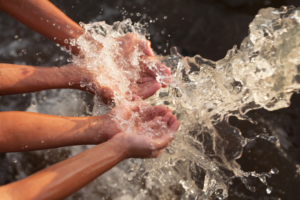 The first new lesson I learned was about drinking the water. On day three, I accidentally used the water to brush my teeth and rinse my mouth out. That one mishap allowed parasites into my system and I was sick the rest of the trip, not to mention twenty-five pounds lighter by the time I made it home.

I’ll never forget the night before we hiked to the top of a mountain. It was a five-hour hike to a village that had never heard the name of Jesus. That night I lived on the toilet. I was so weak the next morning I couldn’t even carry my backpack. I remember making it halfway up the mountain and falling down in weariness at the base of a tree. I begged my team to leave me there because I couldn’t go any farther. But they let me rest and then supported my weight, and we eventually made it to the top.

I’m so glad they helped me make the trip because we got to show the Jesus Film to the whole village and witness the gospel reaching them for the very first time. One man glowed as he pointed to heaven and said the name of Jesus. All the struggle to climb the mountain was worth it at that moment, seeing a man’s life transformed before my eyes and his life made new in Christ.

As I finally made my way into the public restroom stall that I paid to use, there was a rectangular hole with a shoot that led to a pig trough. I was to stand over that hole, squat, and use the restroom. And all this with no door and the next person in line standing there staring at me with their arms crossed, impatiently waiting. Let’s just say I had performance issues, and, by the end of the summer, I willed my bladder into growing five sizes bigger so I could avoid any more public restrooms at all costs.

But the craziest new thing I experienced that summer was my last adventure in town. Several of us decided we would like to get haircuts before we flew back to the states, so we went to a Chinese salon. No scissors, only razors were used, and I lost eight inches in some places and ten or twelve in others. 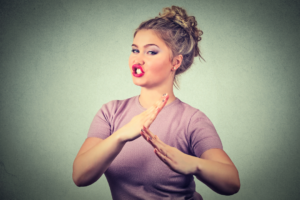 As she finished, she asked if I wanted a massage. I figured, why not? I might as well get the whole experience while I was there. I nodded and she began, but it wasn’t really a massage. It was karate chops. Hard, aggressive karate chops from my mid-back to upper shoulders. This had to be what a homemade pizza crust felt like. As I tried to stand up, she pushed me back down and started again. This time she was karate chopping my head. By the time I finally escaped, I felt kneaded enough to be baked. I couldn’t get out of there fast enough.

That summer was filled with a lot of new things, and I’m grateful I had the courage to go when God opened the door. New things are hard. New things are scary. And new things aren’t always going to go as expected. But looking back, I can confidently say all of it was worth it, even the rapid weight loss plan and Kung Fu haircut if it meant one person got to hear the name Jesus for the first time.

And by the way, there are people who live next door to us who need to hear about Jesus, too. We don’t have to go to China to offer hope.

All images from Canva

Christy Bass Adams, is the Outreach and Connections Coordinator at Fellowship Baptist Church in Madison, Florida. Along with her role on church staff, she also serves as bible teacher, small group facilitator, and former Celebrate Recovery leader. Her most important role, however, is with her family as a wife of 16 years and mother to two busy boys. She has worked in education for over 18 years at both the elementary and collegiate levels. Her favorites pastimes are fishing and sitting around a fire. For more from Christy, visit her blog at christybassadams.com.