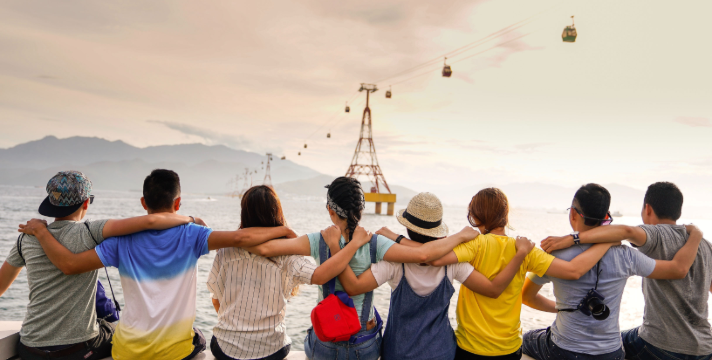 Friend is such a wonderful and endearing term.

The good Lord created us as relational beings, first with Him, then with others. So it makes since to not only understand the importance of friends in our lives, but to also celebrate friendship.

But what does true friendship look like? And how does it play a practical role in our lives?

So to answer these questions, I put together a list of some pretty amazing quotes on friendship.

(1.) “Friendship is born at that moment when one person says to another, ‘What! You too? I thought I was the only one.” ― C.S. Lewis

(3.) “I would rather walk with a friend in the dark, than alone in the light.” ― Helen Keller

(4.) “A real friend is one who walks in when the rest of the world walks out.” ― Walter Winchell

(6.) “If you go looking for a friend, you’re going to find they’re very scarce. If you go out to be a friend, you’ll find them everywhere.” ― Zig Ziglar

(7.) “A friend is someone who makes it easy to believe in yourself.” ― Heidi Wills

(8.) “A friend is one that knows you as you are, understands where you have been, accepts what you have become, and still, gently allows you to grow.” ― William Shakespeare

(9.) “Friends are those rare people who ask how we are and then wait to hear the answer.” ― Ed Cunningham

(10.) “True friendship can afford true knowledge. It does not depend on darkness and ignorance.” ― Henry David Thoreau

Friendship Quotes From the Bible

(11.) [ David and Jonathan’s Friendship ] “As soon as he had finished speaking to Saul, the soul of Jonathan was knit to the soul of David, and Jonathan loved him as his own soul.” ― 1 Samuel 18:1

(16.) “And the Scripture was fulfilled that says, ‘Abraham believed God, and it was counted to him as righteousness’—and he was called a friend of God.” ― James 2:23

Friend Quotes From Movies And Songs

(17.) “You have been my friend,” replied Charlotte. “That in itself is a tremendous thing.” ― E.B. White, Charlotte’s Web

(18.) “Dear George: Remember no man is a failure who has friends.” ― It’s a Wonderful Life

Now it’s your turn. Which friendship quote struck a cord with you? Or, what other quote would you add?